Did you know that when Derek Dietrich is not occupied with his beekeeping business, he moonlights as a baseball player?

DIETRICH TO THE RESCUE! pic.twitter.com/eYSqUGxFcD

In fact, he has seen remarkable improvements in his side gig this year. After being released by the Marlins in the offseason, Dietrich accepted a minor league offer with the Reds. A variety of injuries and under-performers opened the door for Dietrich, who has made the most of his opportunity. Through 56 games this season, Dietrich has already hit 17 home runs, surpassing his previous career high of 16, set last year. On the same note, Dietrich currently has a 169 wRC+ which, if he was qualified, would tie for 9th in baseball. In many cases where a player experiences such a sudden and extreme breakout, it is common for him to experience luck with batted balls. Remarkably, Dietrich has excelled this season despite a .220 average on balls in play.

This year, Dietrich, like many before him, has made a conscious effort to hit the ball in the air. According to Baseball Savant, Dietrich has increased his average launch angle from 15.7 to 20.0. Furthermore, 17.2% of Dietrich’s batted balls have been hit “on the barrel,” which ranks 14th in MLB and three spots ahead of Christian Yelich. Paired with a lessening tendency to offer at pitches outside of the strike zone, Dietrich’s new swing has prompted his breakout despite minimal luck on balls that did not leave the park.

Dietrich’s mechanical changes are easily discernible. Here is his 2018 stance: 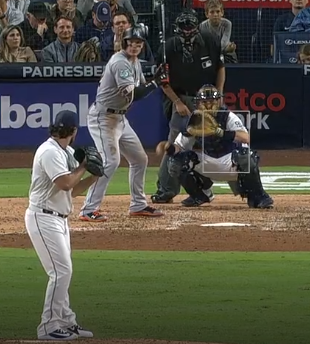 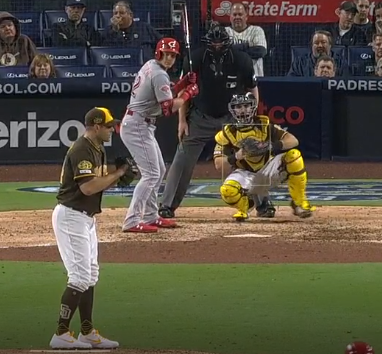 Dietrich’s new stance allows for a much more straight and simplified swing, which minimizes timing issues that may have been prevalent with his previous open and indirect stance.

While the Reds got off to a slow start, they have worked their way back into the thick of things in the messy National League. They currently sit at 27-32 and five games out of a wild card spot. Their +36 run differential suggests that they are due for further positive regression. If their pitching can continue to be a strength and some of Dietrich’s struggling teammates perform up to par, do not be surprised to see Cincinnati make a serious charge at the playoffs throughout the summer.