Following up on a recent Jay Jaffe post, I am examining the question of whether there is a World Series hangover. Unlike that post (which was great, but answered a slightly different question than I am interested in), I compared the full season performance of World Series winners and losers relative to their true talent level. I looked at all teams that went to the World Series in 2012-2016. I only went back to 2012 because that is far back as I could find projections in my less than thorough internet search. Finally, I omitted 2017 because they have played too few games this year for my purpose. As a proxy for true talent level I used projected wins from Clay Davenport.

Why did I look at actual versus projected win totals? I did not find changes in absolute win totals informative in terms of the question I was asking. Teams change year-by-year. Changes in absolute win total could simply reflect talent level changes. By using projected wins as a baseline I hoped to control for, at least somewhat, changes in talent level. Using projected wins as a baseline also allowed me to examine whether any changes in performance across years was due to over/under performing in the World Series year versus over/under performing in the year after the World Series. 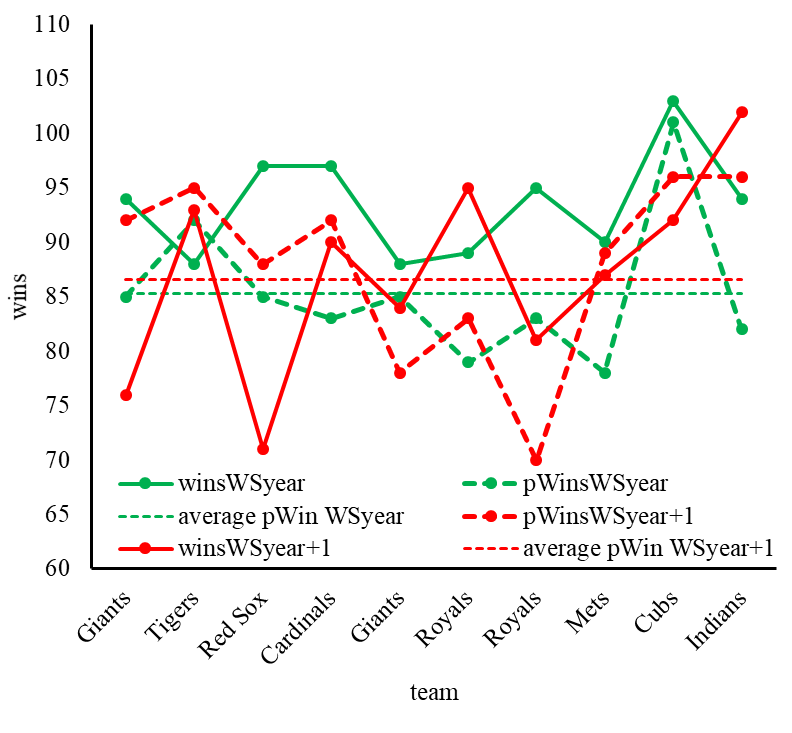 My main point here is that the average projected win total is similar for the World Series year and the year after (a 1.3 win increase). The second point is to show the raw data as good practice. Next, I cared about how the teams performed compared to their projections in each year. That information can be found in the figure above, but better yet, here is a figure showing actual win total minus projected win total for the year the teams went to the World Series. 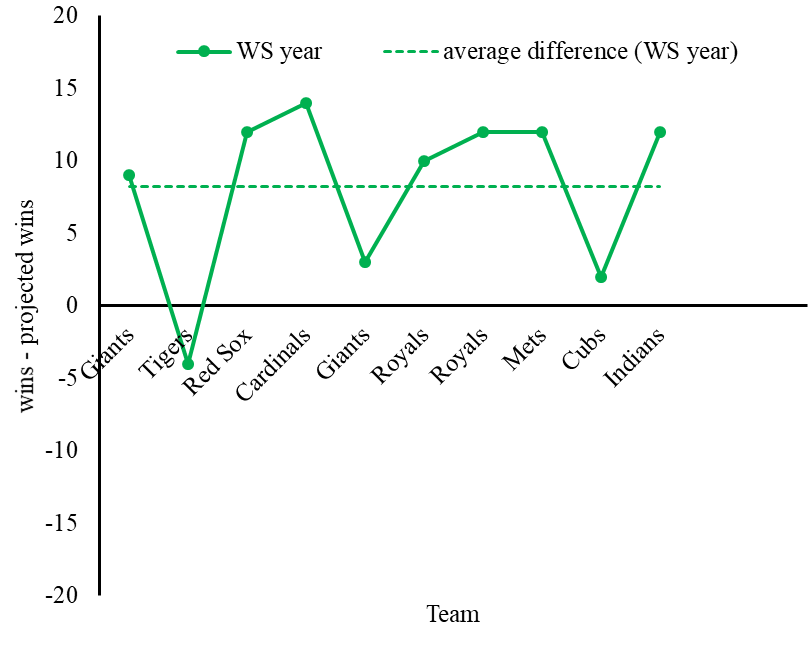 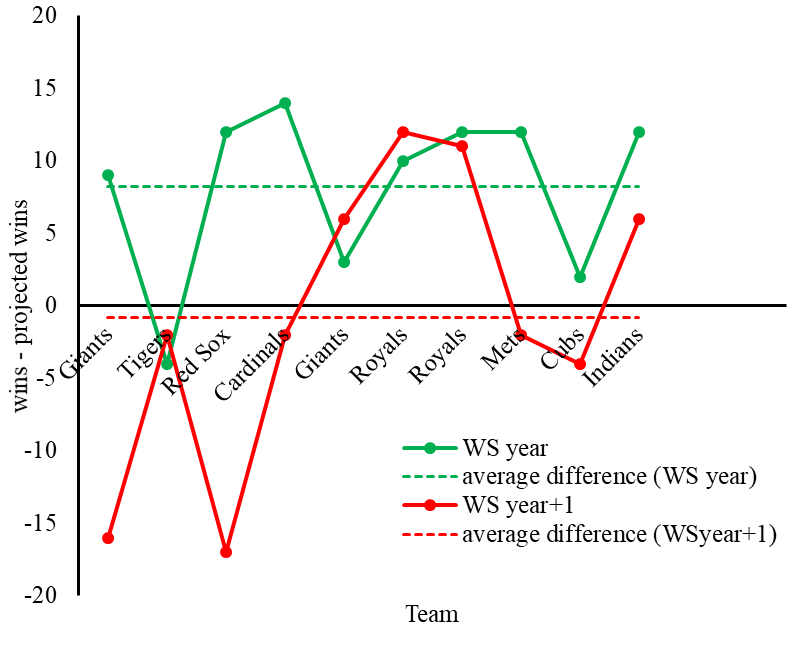 The Effect of Batted-Ball Direction on Launch Angle
What Does April Mean?