On May 5th, the Cardinals called up Tommy Pham after both Dexter Folwer and Stephen Piscotty suffered from various injuries. Since then, Pham has been arguably the strongest driving force for the club – more so than in any of his other major-league stints. He’s been between AAA and MLB since 2015, so many Cardinals fans are wondering “what’s different this time?” This is something I set out to get an understanding on.

In the case of outlier performance, generally the first thing I try to understand is how much this can be ascribed to luck. The most common proxy for luck in baseball is BABIP (Batting Average on Balls in Play), so I tried to get a sense of how this season stacks up to Pham’s prior major-league experiences: 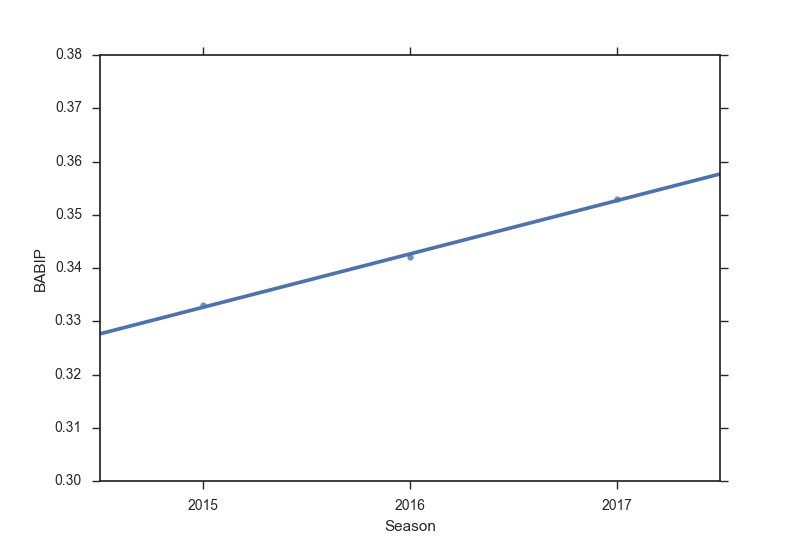 According to FanGraphs, BABIP can be the result of a few things: varying defense, luck, and talent – FanGraphs goes on to to say that the talent is related to how hard a player is hitting balls. Being that we’re looking at full year stats (and 2017 through 79 games, 50 he’s appeared in), varying defensive skills ought to be normalized out. There doesn’t seem to be any significant outliers as far as how hard he’s hitting balls compared to prior years, so it’s very possible that this is slightly biased by luck, thus should be framed under that presupposition.

Pham has always had severe eye problems, so much so that he was once legally blind in his left eye, but his performance this year seems to indicate that he’s seeing the ball much better.

If we look at his swing rate at pitches outside of the zone, it affirms this notion. He’s improved yearly, but this year significantly so. It’s reasonable after this to ask the converse – how is he swinging at balls in the zone? 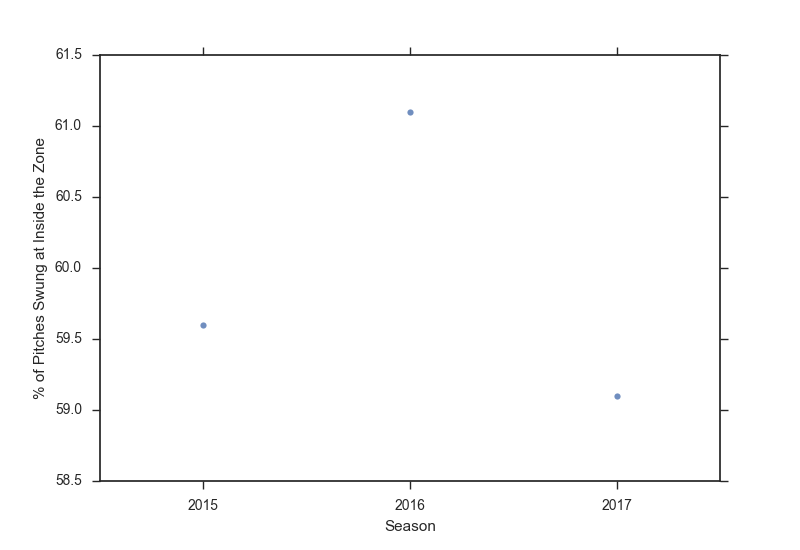 Perhaps my naïve expectation was that he would swing at more balls in the zone – but that doesn’t seem to be true. He’s swinging less in the zone as well. In fact, if we look at his swing rate in general:

It appears he’s just swinging at fewer pitches in general. This is what I think Pham has corrected – he’s become a more patient hitter, and it’s paying off. It’s important to understand how increased patience at the plate would help his offense.

Here I’ve plotted how his swinging inside and outside the zone correlates with his batting average each year. The .290 BA is this year, .226 was 2016, and .268 was 2015. It’s interesting to notice that his best batting average of his professional career is associated with both a low swing rate outside and inside the zone. Patience pays off.

The point for 2015 is also interesting because he swung less in the zone, swung slightly more outside, and yet still improved his average. This emphasizes just how important it is for Tommy to see a few pitches before he swings away.

If he’s waiting for better pitches, it’s not a jump to assume that he should get better hits off those pitches: 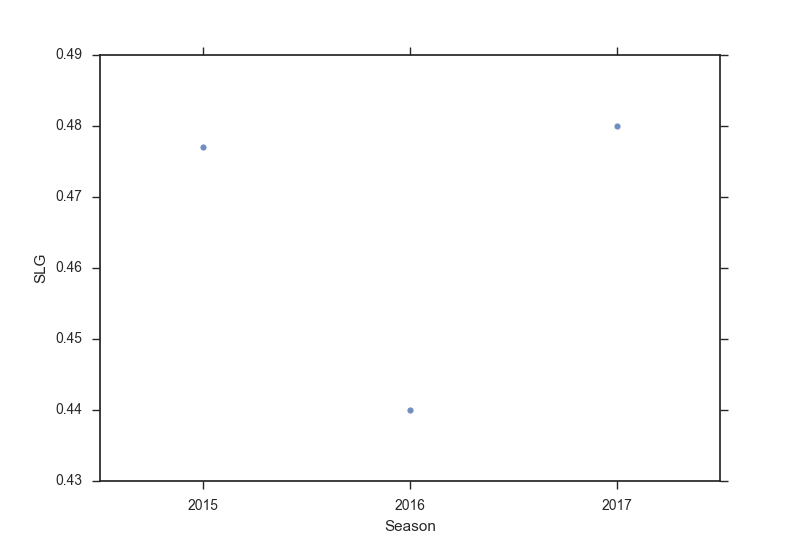 Looking at slugging percentage, however, it seems as though he’s hitting about the same in 2015. It’s worthwhile to note that in 2015 he was swinging in the zone at a fairly similar rate, which makes sense – for quality contact, you need a pitch in the zone.

The last thing I wanted to look at was if his increased patience led to more walks. 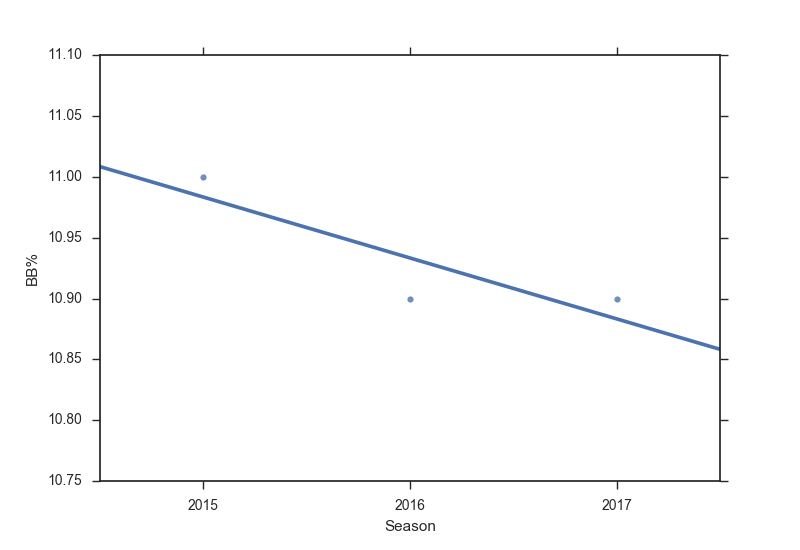 The answer here was a bit surprising. Logically, I would expect more patience would yield more walks, but that doesn’t seem to be the case. He’s walking at about the rate he was in 2016, and only 0.1% better than in his rookie year.

So far, Pham’s newfound patience is working out for him, but I think it’s possible pitchers are still expecting the 2015 and 2016 Tommy Pham, who is more willing to swing out of the zone. It should be interesting to see how this evolves as the season continues and pitchers adjust to his new approach.

Plots made in python using the seaborn package.

Cool article. Nice work. Though you missed an opportunity in the title: Is Tommy Pham “Phixed?” Just some phood phor thought.

In the past Pham has had trouble with his eyesight. They finally found contacts that are working for him – probably helping him at the plate

-1
You are going to send email to
Move Comment