There is arguably not another starting pitcher in the majors better at striking out opposing hitters right now than Gerrit Cole. Not only does he lead all starters in total strikeouts (216) and strikeout rate (36.4%), the Astros’ right-hander is also second in strikeout-per-nine innings (12.90 K/9). Only Chris Sale (13.09 K/9) has a higher strikeout-per-nine rate. Cole’s progression as a strikeout artist is noteworthy when compared to his last season in Pittsburgh. 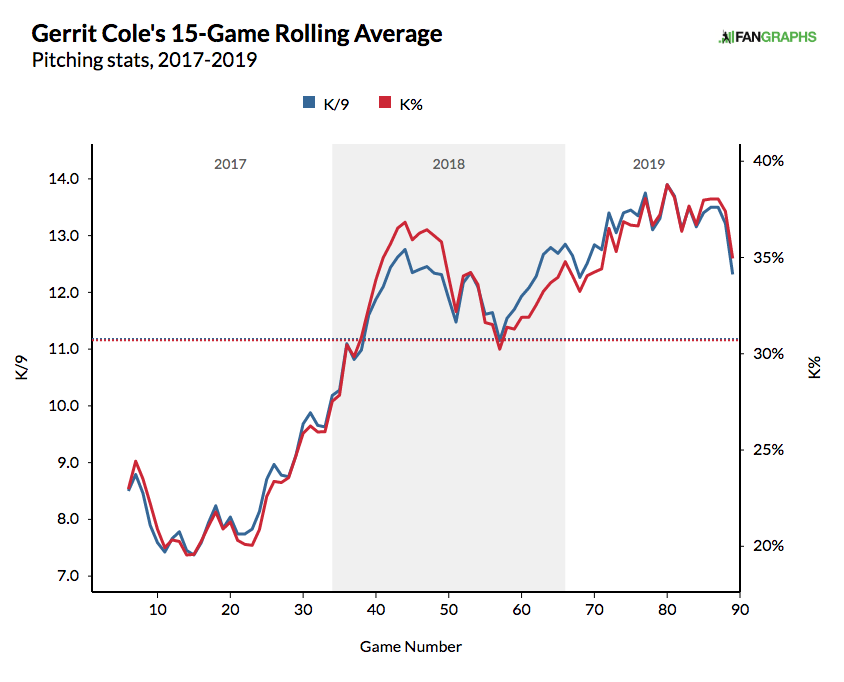 Cole’s strikeout surge has been driven, partially at least, by an increased reliance on his four-seam fastball in recent seasons, which, by average spin rate, is one of the more interesting pitches in baseball. In fact, the 28-year-old also leads all starters in strikeouts generated by four-seam fastballs with 119. The resurgent Lance Lynn is second in this measure with 91 strikeouts while notable hurlers Sale and Max Scherzer are third and fifth with 87 and 81 results, respectively. Again, Cole’s progression in this area with his four-seam fastball since departing from Pittsburgh continues to impress. 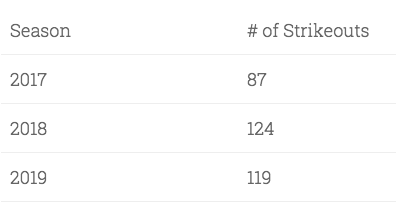 By the way, we’re only in early August. Barring something unforeseen, Cole is on track to set a new career-high in the above category based on his pitch breakdown when strikeouts are involved. Below are a few graphs showing the right-hander’s strikeouts by pitch distribution starting in 2017. 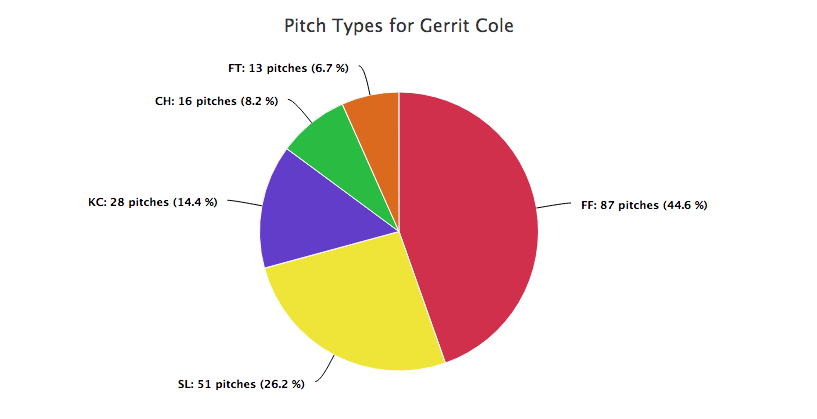 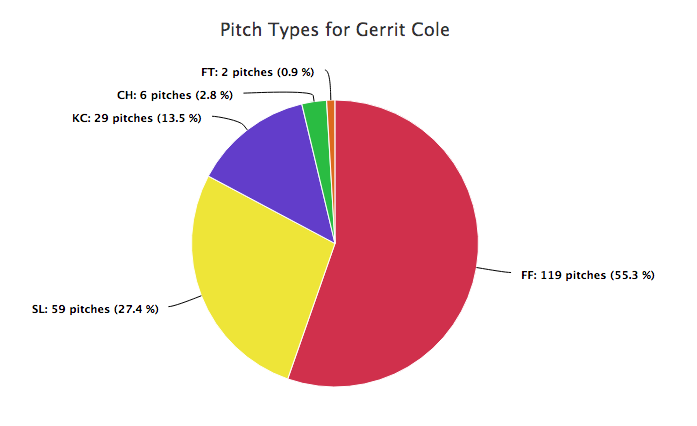 Opposing hitters are swinging and missing 9.7% of the time this season against Cole’s four-seam fastball, which leads all starters. If you decide to exclude foul tips, the respective rate falls to 8.1%, which still leads all starters when using the same parameters. For context, opposing hitters swung and missed only 4.2% of the time against the same pitch from the former Pirate in 2017. By telling Cole to essentially shelve his sinker/two-seam fastball and to embrace his four-seam even more, especially up at the top of the strike zone, the Astros pushed another pitcher closer to his full potential. For Cole, that potential includes an incredible amount of strikeouts. 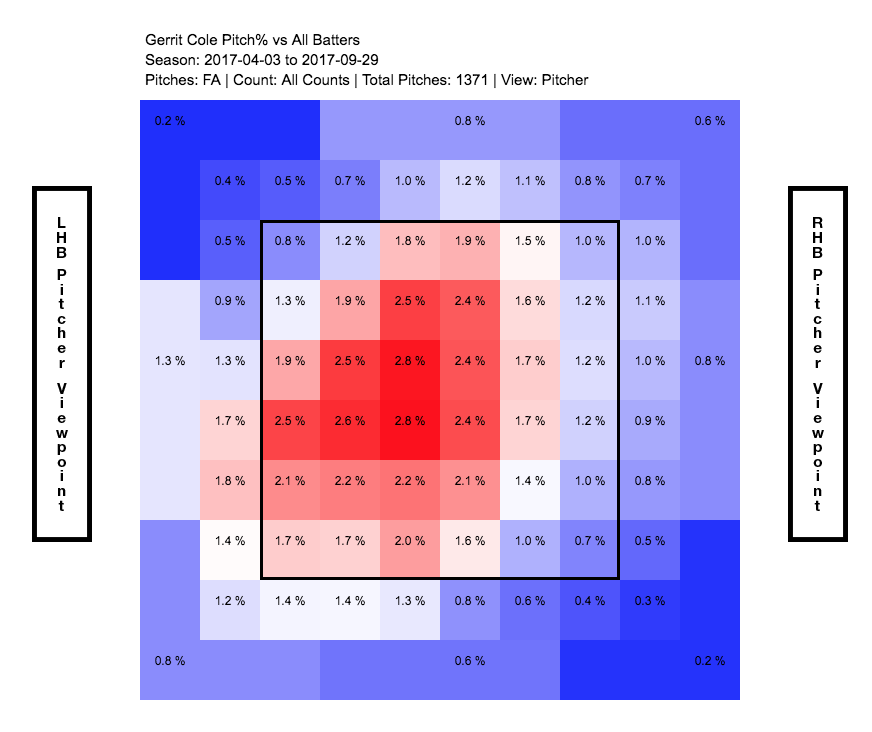 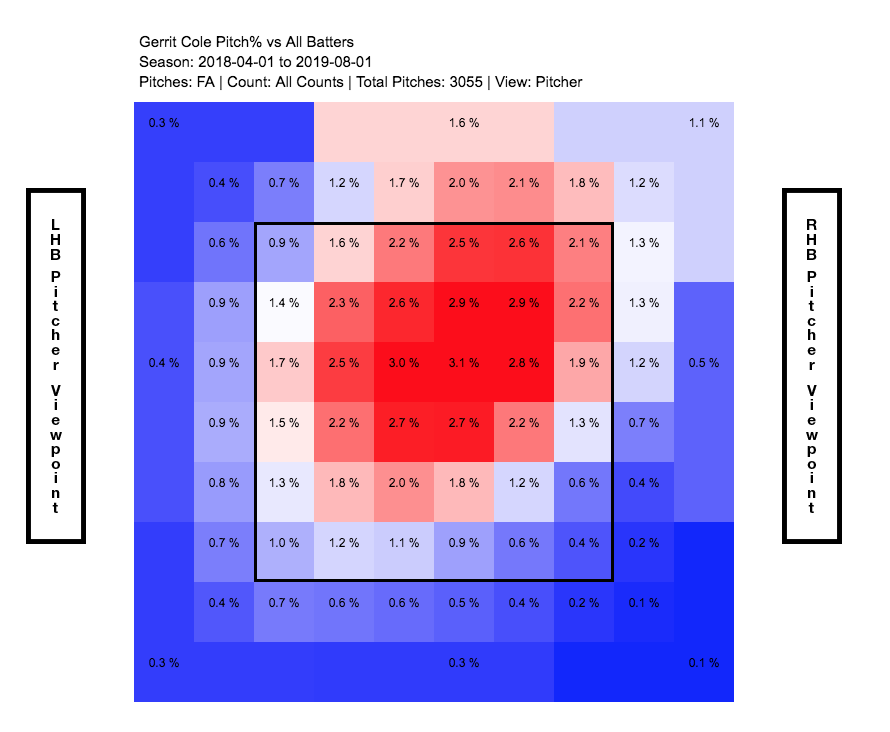 2018-19 fastball heatmap with the Astros

Following another impressive start against Cleveland on Thursday night, albeit with only four strikeouts, Cole currently sports a 2.87 ERA and 3.07 FIP along with 4.5 wins above replacement on the season. He is also tied for first with Sale with 12 games of at least 10 strikeouts or more. One could imagine where the Astros would be without his contributions this season, especially with the back-end of the rotation faltering earlier this summer.

Looking ahead, Cole should be counted as one of the favorites for the AL Cy Young Award this season. Even if the Cy Young award isn’t in his immediate future, the Astros’ co-ace should be rewarded handsomely in the upcoming offseason, thanks in part to the impressive surge in strikeouts. At any rate, Cole is on pace to have one of the more memorable seasons by a Houston pitcher in recent years.