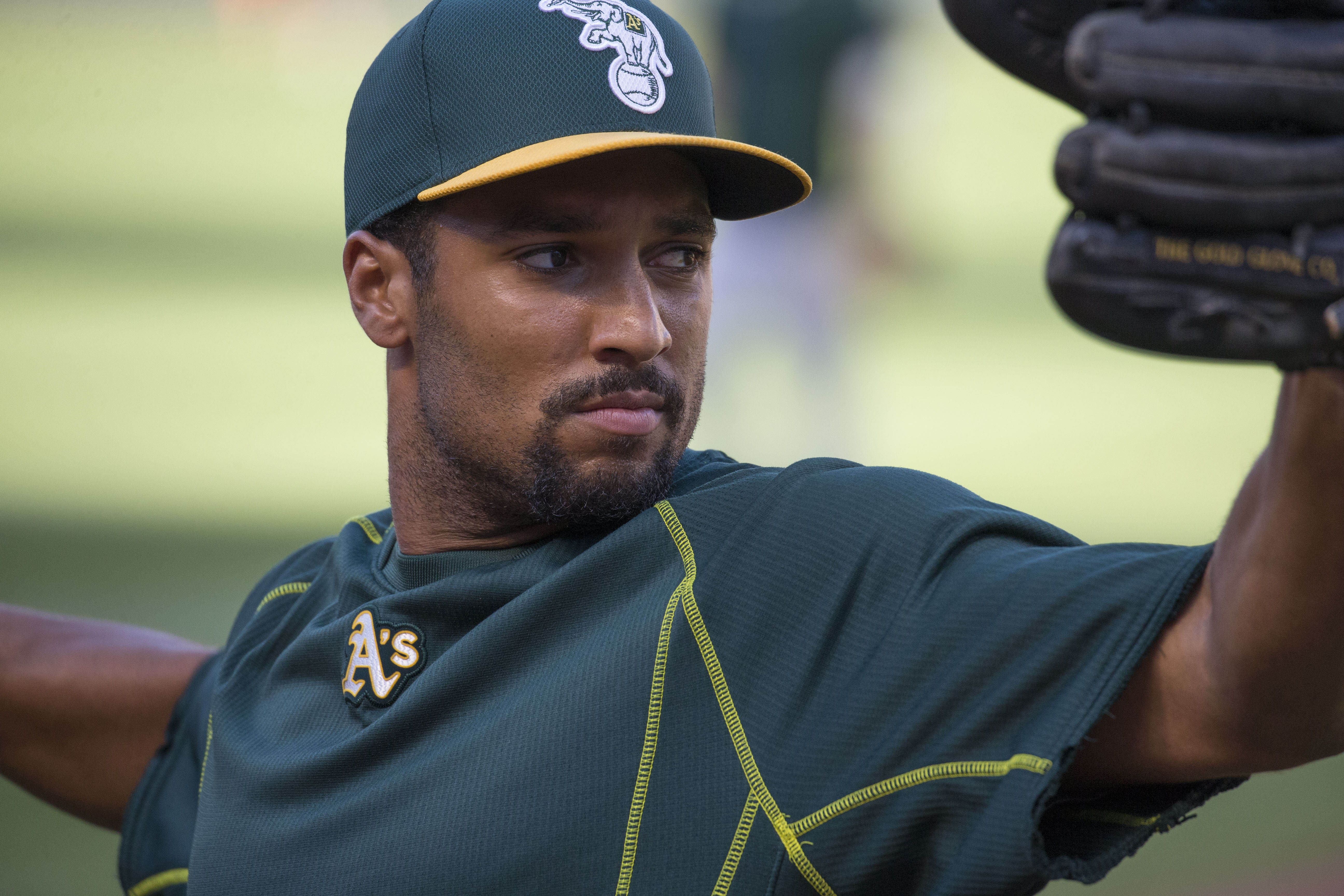 Over the course of his career, Marcus Semien has been nothing if not consistent. It’s quite remarkable, really — the 28-year-old shortstop has posted between a 95 and 98 wRC+ in each of his three full seasons (and one half season) since being traded to the Oakland Athletics by the Chicago White Sox in 2014. He has long provided a modest blend of power and speed, and his well-documented defensive improvements last year boosted him to a career-high 3.7 WAR and placed him squarely in the tier of not-great-but-pretty-darn-good shortstops in a league flush with some pretty darn good ones.

It may seem a bit strange, then, to suggest that such a player could be on the verge of a breakout, having already “broken out” last year and being on the wrong side of baseball’s aging curve. And yet, in the early weeks of the 2019 season, Semien appears to be suggesting that he is ready to do just that.

A bit of context: Semien has really flashed all the various facets of his potential at one time or another as he’s settled into a regular at shortstop for the A’s, but he hasn’t quite managed to put together a season that has wrapped it all up. He knocked 27 home runs in 2016 (although there was little in his batted ball profile to suggest any sort of adjustment), has consistently stolen around a dozen bags a year, and takes walks at a rate a tick or two above league average (8.2% across his career) — plus the aforementioned improvements on defense.

But, I ask you, what if he made a little more contact? Contact is good for hitters! It’s generally something you strive for. Allow me to present you with an incredibly simple graph: 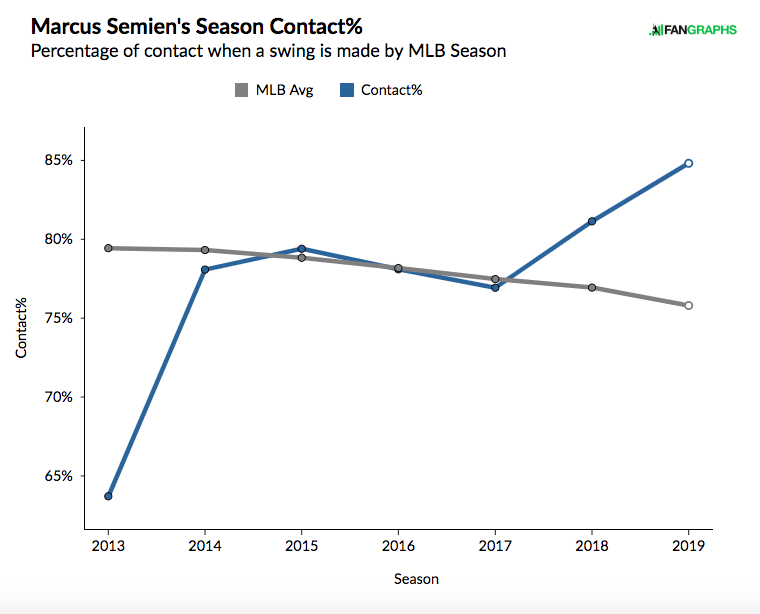 That is what we in the industry (which one? Not sure) like to call “trending in the right direction.” A career-best 11.2 K% plus a stellar 10.3 BB% have helped Semien hit the ground running in 2019, posting a line of .311/.379/.505 over 116 plate appearances. Am I suggesting that Semien is going to hit .310 for the rest of the year? I am not (yet). Am I suggesting that an early display of improved plate discipline from him could foreshadow a step forward for him this year? We’re getting warmer! END_OF_DOCUMENT_TOKEN_TO_BE_REPLACED